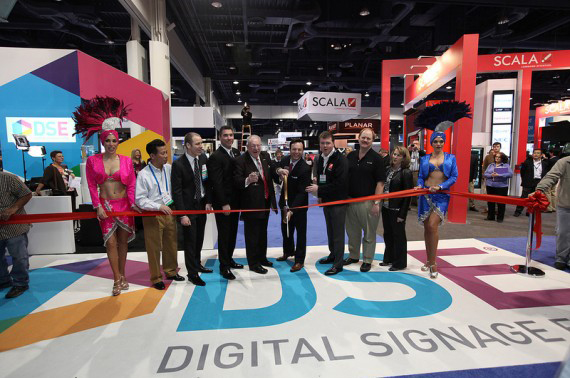 Digital signage as far as the eye can see is an understatement for a city that drives and pioneers an industry integral to the future of OOH. The DSE (Digital Signage Expo) is not only the world's largest and most respected event dedicated to DOOH. Spread over 68,895 sq.ft. of diverse exhibits the event saw 4,080 qualified attendees from 75 countries and that is not the only thing that made the DSE special in 2013.

Held at the Las Vegas Convention Center, the expo was a record breaking success in almost all aspects.TimesOOH had a two-member contingent representing the brand.Each member was inducted with an exhaustive DS (digital signage) tour of Las Vegas's 4 strips and an optional interactive signage tour within certain host venues. Seen above (top right) is Planet Hollywood's 57-foot high curved LED display that towers over the strip. Spanning the entire length of the hotel is one of the largest "ribbon displays" ever deployed, which traces the contours of the hotel's undulating facade. The Ribbon measures 600 feet in length with seamless text and graphics displays. The city was the prime exhibit but the expo floor itself had a diverse exhibit of DS innovations ranging from F&B and Casinos to Hospitals and Airports.

CBS Outdoor's Digital Urban Panel Network which covers the whole of Manhattan with over 100 locations and '200 digital faces' on the busiest street corners, subway entrances and even sidewalks, won the Gold title.The remaining nine categories, had entries that oozed innovation too. Times Square's 'Dunk' game (seen above) had people playing air-ball through interactive technology, which was further integrated with social media.

Incidentally, this good year for TimesOOH at the DSE also happens to be the expo's 10th anniversary year. The convention had a balanced mix of OOH professionals, network operators, content creators and industry strategists. Team members had an opportunity to collaborate with contemporaries from other parts of the world. India is on the radar for most companies seeking to expand their market for DOOH support solutions and products.

Industries hot on DOOH network investments include hospitality and healthcare, with all major multi-city hotel and hospital chains- managing and funding their own digital networks. In Europe and Australia - banks are the large DOOH network players. The post show programs included intense discussions and deliberations about trends and findings covered by white papers from across the globe. Educational Galleries, Virtual Museums and Tourist assistance are viewed to be the next big thing in digital signage networks.

On a more celebratory note, this award might be the first of it's kind for India. The awards were given away at an elegant awards dinner on February 27th. The opening was spectacular with the Las Vegas spirit represented in the ribbon ceremony and on the exhibit floor.

DSE was an opportunity for the TimesOOH brand to shine and receive accolades at an international level. Making it to the top three and claiming a spot for itself on the global map, reinstates the mission of TIML's visionaries. 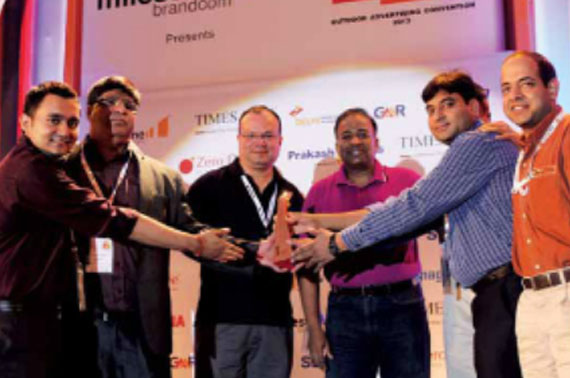 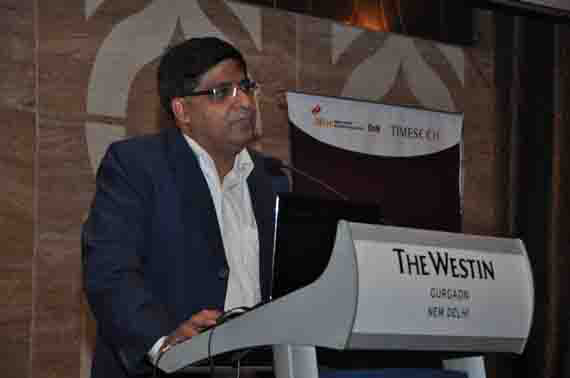