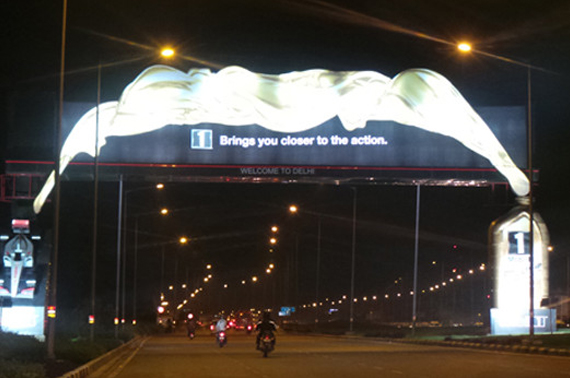 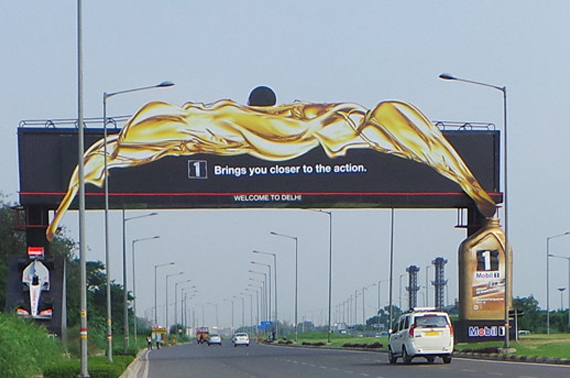 With the much awaited Formula 1, 2013 race set to arrive at New Delhi on October 25, brands are gearing up to make a large scale presence at the event and garner the attention of potential TG. American oil and gas giant Exxon Mobil has leveraged the Out-Of-Home medium innovatively to create a buzz in association with the F1 race. An innovation has been done on a huge gantry placed at the Indira Gandhi International airport. The ideation has been done by creative agency Momentum Worldwide, while the innovation has been handled and executed by TIMDAA on its property.

The innovation showcases an F1 car on one side of the gantry pillar and a full-size Exxon Mobil oil bottle on the other. Also, flowing oil has been depicted in the form of a cut-out on the gantry and the entire innovation is meant to convey the idea of Exxon Mobil oil fuelling the F1 cars. The site is back-lit and is supported by extra power enabling 24 hour illumination.

The media planning was aimed at capturing the attention of 100% of the arrival audience at both the Domestic and International airports. The campaign was rolled out for 55 days and is likely to get extended.

Creating a mammoth site did involve many challenges and the TIMDAA team also faced the issue of getting extra power for the installation. It took 15 days to fabricate the whole innovation. The team of course successfully handled these issues.

The magnum opus created for Exxon Mobil is a classic example of TIMDAA transforming a simple structure such as a gantry into an innovative display for the Brand. The flawless execution coupled with a strong creative concept will help the brand garner salience with Delhi Airport passengers during the critical Formula one season. We look forward to collaborating with the brand for their future campaigns and creating award winning solutions - Rohit Chopra, CEO 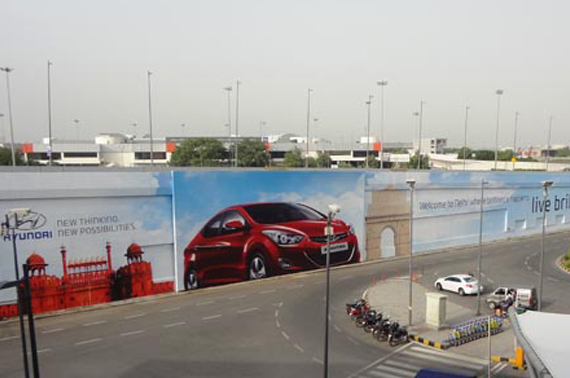 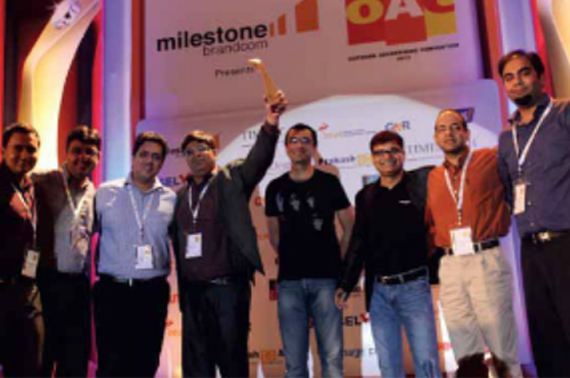